Glyn Moody -- Keynote on OSS-like transparency outside of software

This talk covered a handful of ways in which open source software has inspired collaborative efforts in non-software fields, even reminding science of its origins in "open workbook" experimentation, where all the raw data is provided (as it should be). Jim Kent, a hacker working on his own, just barely beat Craig Venter's company, Celera, to sequence and publicly publish the human genome. Without this effort, Celera may have patented chunks of the genome (which obviously would have been a Bad Thing™). Kent did this thanks to a 100-machine Linux cluster, which was obviously a big win for both open source software and science.

Glyn then went on to point out that one of the biggest problems with the global financial system (and a large part of the crash) was due to its opacity. Even the industry experts don't really know much of the details, because all the data are locked up. Some governments are working to force this data to be more open -- Recovery.gov (in the US) is a good start, and the UK, Australia, and New Zealand are working on similar efforts. 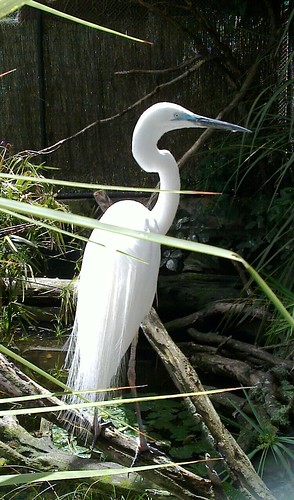 Emmanuele Bassi -- A year of Clutter

Emmanuele delivered a few lightning talks in a row to cover what's gotten Clutter to 1.0, what has happened since its release, the plans for Clutter 1.2 (due in March), and the general plan for Clutter 2.x (begin before Clutter 1.x is end-of-lifed, and add any features that necessarily require API/ABI breaks; any changes that don't require breaks will also find their way into Clutter 1.x).

I'm not terribly familiar with Clutter, but it sounds like they've been making a nice amount of progress (which is especially important if it may become a dependency of GTK 3.x).

Dave Airlies -- Graphics drivers in the kernel; now what?

At the time X was first designed, graphics drivers in the kernel were infeasible, since they'd need to be re-written for all of the (many) different Unix kernels at the time. The environment is very different now, so it's worth the effort. Kernel-mode-setting (KMS) is the solution that Linux has adopted.

Tungsten tried doing something like KMS, but being developed top-and-bottom-inward, it ended up with an ugly API that didn't work very well. Keith Packerd wrote the Graphics Execution Manager (GEM), and KMS ended up being a combination of Tungsten's code with something more like GEM's API.

A couple immediate benefits of this new way of handling graphics is that we can now begin to handle video card power management and use the kernel debugger from within X.

Dave briefly discussed Wayland, the alternate display server. It seems to be desktop-environment-dependent and it isn't very complete (eg, keyboard input doesn't work yet), so it won't be replacing X.org (any time soon, if ever).

The Intel KMS driver is the most complete (except for GMA500), and just needs a little more work. AMD/ATi support is pretty good, though there's a stunning number of different video cards to support. Nouveau (the open nVidia driver) just moved entirely to KMS, and it's making decent progress. 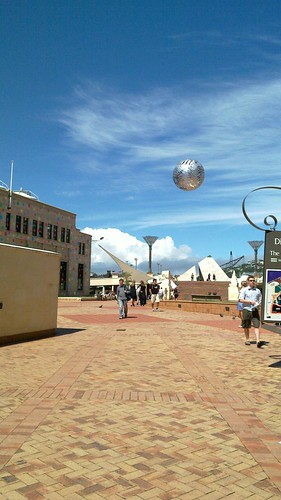 Jan gave us an overview of the progress GStreamer has made since its initial version (a lot), the current state (pretty good), and the future. There have been discussions of finally promoting the version number to 1.0; some of the downsides include a risk of development lull (as happened between 0.8 and 0.10) and the benefits include the ability to cut deprecated code and make it more clear to new developers that it's safe to use.

We also got a handful of nice demos (fully-functional DVD support, including menus and special "asides" subtitle support). But the crowd favorite seemed to be a demo app that tied playback rate to his laptop's orientation (from -$fast to +$fast). As Jan put it, "that's what accelerometers are for." 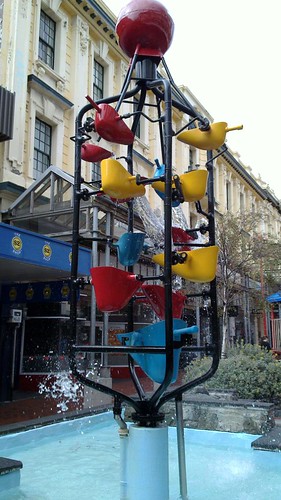 Adam Jackson -- The Rebirth of Xinerama

In a follow-up to his talk at last year's LCA about Shatter (an effort to better support aribtrary multi-screen setups), this talk updated us on the state of Xinerama to support similar configurations. Shatter eventually proved unworkable, but there has been some headway in other areas. At this point, X and the graphics drivers can support reasonably large-sum-dimensions displays, but the multiplexing of work across multiple GPUs needs to play catch-up (since more systems are starting to have multi-GPU configurations). The performance is linear with the number of GPUs -- unfortunately, it's 1/n, not n.

Adam discussed a number of potential solutions, as well as other issues which may be looming over the horizon (which is worthwhile, since most users weren't too concerned about supporting multiple GPUs in a single machine even recently).
Collapse