This week, I'm in beautiful Wellington, New Zealand for LCA 2010. It's very well-organized conference (as always), and the weather has been even better than predicted! 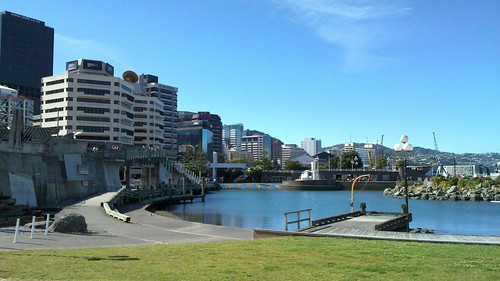 Mako described his concept of anti-features (product features which intentionally reduce its functionality) and provided a number of amusing examples. I remember coming up with essentially the same idea several years ago (shortly before I switched full-time to Linux, coincidentally enough). It somewhat boggles the mind that there are so many engineers spending their time crippling their own work.

As Mako pointed out, most cell phones are surprisingly restrictive, but most of us just accept it. I gleefully raised my hand when he asked how many people had root access on their phone. Score another point for the N900 (which even avoids the G1 developer version's "freedom tax")!

Jonathan explained in great, yet digestible, detail what's happened in the Linux kernel in the last year. This shouldn't be too shocking to anyone who's familiar with his great reporting on Linux Weekly News. I'm fairly bad at keeping up with kernel news, so this was a great summary. 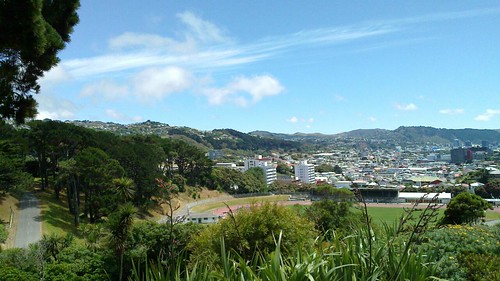 A great update on the history and latest-and-greatest in video support in Firefox. They first built their own solution on some of the higher-level Xiph Ogg Vorbis and Theora libraries, but ran into a number of performance problems; then tried per-platform native implementations (including GStreamer on Linux), but the major platforms have no default codecs in common; next the tower caught on fire and then fell into the swamp; and most recently they've switched to an internal implementation that uses only the lowest-level Xiph libraries.

It was interesting to hear about some of the implementation limits. Apparently sound on Linux is still hard.

Chris's demos were fantastic - playback was very smooth, even when doing impressive green-screen, object insertion, and other fancy transformations. I can't wait to see websites take advantage of the video tag. Anything that minimizes our reliance upon Flash is exciting to me!

oFono is a framework for handling mobline phone call/text/etc. features. It works on the idea of generalized modems for the various radio types (which, based on its goal of exposing only the interesting details to applications, I assume are hidden from the API) and has a daemon to do the work of sending and receiving audio calls and SMSes. The framework is meant to only support mobile phone functionality and intentionally ignores voice-over-IP (which Telepathy handles very well on the desktop and embedded systems by way of its telepathy-sofiasip connection manager).

Denis states that the current functionality is enough such that you could implement a 2G iPhone's cell stack with it.

Matthew Garrett -- Social Success for (and in) the Linux Community

Matthew discussed some of the social shortcomings of the Linux Community, who we consider members (mostly just developers, unfortunately). We were also graced with a number of relevant quotes and a touching story of his own transformation from occasional mailing list flame-thrower to sympathetic human being.
Collapse